You've done it. You created the game you've always been dreaming of and now you want the world to play it. Here there is the possibility of great reward, be it a pot of gold, widespread recognition, or peace of mind knowing the fun others are having.

Publishing your own game starts with setting goals. How many people do you want to reach?

Is one of your goals to make money with your game?

If you don't care about making money, then you're free to develop whatever kind of game you want. You can publish however you like and generally take a happy-go-lucky attitude towards the process.

If this is your first video game, I recommend taking the care-free route. It can be liberating to do whatever the heck you want without a second thought. Most developers start to make money when they have multiple games under their belt anyway.

If you do care about making money then you're going to need to decide on a monetization strategy. There's several options you can go with:

If you're out to make some cash, it can be easy to get stars in your eyes when you realize the top games these days are pulling in millions per day. While fundamentally, it is possible for anyone to create this kind of success, indulging in high hopes can lead to bitterness if the great expectations are not met.

On the other hand, if you set expectations too low, you'll probably never create any success at all.

It is vital to set proper expectations. 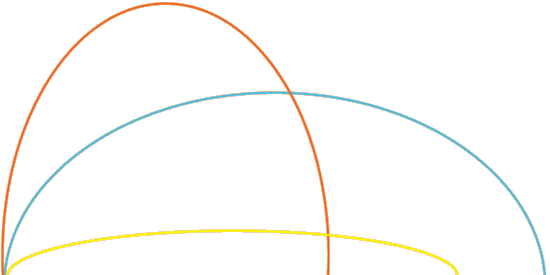 If you're an idealist like me, you might have the tendency to set extremely high expectations. If you expect too much, you'll be like the baseball player who throws the ball straight into the air. The ball will rise to the greatest height, but it will fall back to the same position, gaining no distance at all. Expecting too much from any kind of venture in life can backfire, possibly leading to disastrous results.

You might be a realist or pessimist. In this case, you'll have the tendency to set extremely low expectations. When you expect too little, you're like the baseball player who instead of throwing the ball, decides to roll it along the ground. Friction takes over and the ball hardly goes anywhere, leading to very little distance covered. Expecting too little from anything is like this. You won't accomplish much.

It's a physical fact that throwing a baseball at somewhat of an angle (say around 30 degrees) leads to greater distance covered than if the ball were thrown parallel to the ground. Gravity affects the ball regardless. The ball thrown along the ground falls and stops quickly because of gravity. The ball thrown at an angle first rises, then falls, giving it more time to cover a greater distance.

The moral of the story here is not to think too big nor too small, but just right. As this is entirely relative, it's up to you to know yourself, your tendencies, and to set proper goals.

Okay, enough on goals and expectations. On to the fun stuff: polish.

When finishing your game, you want to play it a lot, watch friends play and polish it to a near-perfect shine. Since most game developers these days release half-assed games, polish can help you to be distinct.

Invest that extra bit of time into watching your friends play the game and refining the controls to be easier and more fun. Watching a friend play can be one of the most enlightening events in your game-making history. Be sure to be silent. Let your friend bumble. Resist the urge to help them. Then refine.

As your game begins to shine, ask new and different friends to play. Imagine that you have never played your game, start from the beginning, and take notes on what aspects of your game need more “fun” attention. Then go crazy with those improvements.

Stand apart from the crowd of low-quality games that bloat the app store like aged protein bars at the dollar store. Be a fresh and tasty protein bar. Yeah.

Marketing and publicity are in essence just the business of communicating with people. Here's a list of ways you can market and publicize your game:

It's important to realize the current state of affairs in regards to the app stores. There are literally thousands of new games released every day. Supply is high. Demand is low. How does a game get discovered?

If you don't have thousands of dollars to spend on advertising, then you've got to focus on DIY marketing. Make it a habit to communicate about your game on every work day. Make your communication more and more effective. Constantly seek new ways to get your game discovered and experiment often. Be scientific when possible, but remember that marketing is as much an art as it is a science.

Where appropriate, take a look at what the mass of games are doing and consider the opposite.

You don't necessarily have to focus on the app stores. You could start with a Mac, Windows or Linux version. When most developers are focused on mobile, this can be a shortcut to distinction.

Release your game on as many platforms as you can. This is where Cocos2D-X comes to the rescue. With your game on multiple platforms, it makes it that much easier to get discovered.

If you are going to focus on the app stores, do read up on App Store Optimization (ASO) and optimize your icon, title, keywords, screenshots and description.

A great deal of importance is placed on launch day. Developers assume that if a game doesn't get a huge spike at the start then it is doomed to failure.

I propose that this paradigm is unhelpful and largely invalid.

It takes time to develop traffic. Does it really matter whether that traffic comes on launch day or over the course of a year? 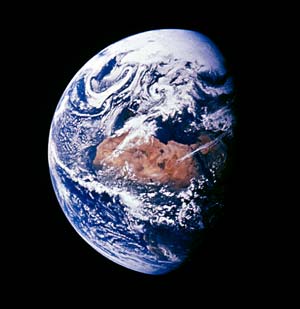 Do focus on long-term growth. Don't focus on the spike (or lack thereof) at the start.

If you're aiming for Apple, Google, or Amazon to feature your game, then launch day is important. However, for most indie game developers, the reality is that because of the sheer number of apps approved daily, it is unlikely that you'll be featured. Don't expect it. Do prepare for it if you think you've got a shot.

Focus on the long tail. Don't try to squeeze everything you can out of launch. Focus on the long term success of steady downloads, continual growth, and developing a name / brand before you ever expect to be featured.

Continually update, refine and extend your game, as you see fit. It is a living creation, as long as you are its lifeblood.