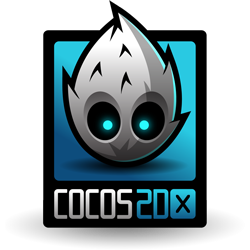 Why is it awesome? Using a single C++ codebase you can deploy games to just about every platform and since cocos2dx is open-source, you can tweak the game engine if needed.

Since good documentation can be hard to find, this book's purpose is to provide a source for clean, up-to-date cocos2d-x documentation and example source code. 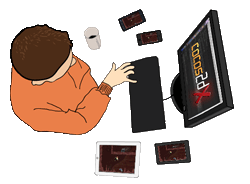 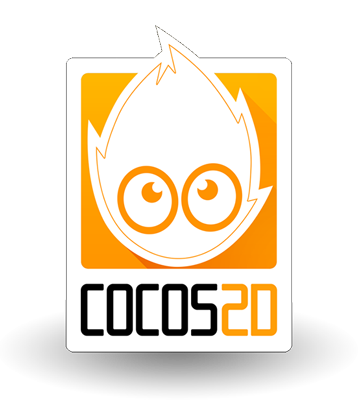 Cocos2d iPhone is a also a free game engine. It differs from cocos2dx in that it is written in the Objective C programming language and only supports the iOS and Mac platforms.

If you've used Cocos2d iPhone, it's likely you enjoyed the experience. The Cocos2d API is simple and powerful. With a couple lines of code you can bring a few images and sounds to life using actions and create your own vibrant world.

Cocos2d-x takes all that beautiful API power and makes it portable using C++. It unlocks you, the developer, and enables you to choose which platforms you want to develop on and deploy to.

Cocos2d iPhone isn't portable because it's written in Objective C, which isn't supported natively on some platforms, and relies heavily on Foundation Kit and Apple's Cocoa. Essentially, it's glued to the Mac/iOS platform.

While some attempts have been made to get Cocos2d iPhone compiling for Android with upgraded NDKs and open-source implementations of Foundation Kit like GNUstep or Cocotron, most of these attempts end up becoming resemblant of cocos2d-x. They even have to use some of cocos2dx's code to get things like touch input and sound effects to work.

So why not just start writing games in C++ with cocos2d-x? It's had portability in mind the whole time.

If you've been a game developer for awhile, you already know all about C++. In the game dev world, C++ is one of the most popular languages.

C++ is fast, portable, time-tested, supported natively on most platforms, has many libraries available and most programmers have some experience with it.

Recently, C++ has been updated to versions C++11 and C++14. There's a few bits of syntactic sugar that will make your programming life easier. The auto keyword, for example, is handy as a hammer in a field of nails and lambda functions are something you won't be able to live without.

C++ has been around forever, it's too useful to ever go away, it continues to get better, and it enables your app to run on the widest array of platforms. These are good reasons to choose it for your next game or app project. 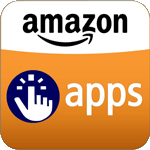 If you release your game solely on the Apple App Store, you could be missing out on over 50% of potential sales via the Amazon Appstore, Google Play or Steam.

Most developers want to get the full 100% of their game's potential, hence the ever-increasing popularity of the cocos2d-x cross-platform game engine.

Cocos2d-X has built-in bindings for the Lua and Javascript languages, making it possible for you to script some -- if not all -- of your game code. You write the lower-level stuff in C++ and the higher-level stuff in your choice of scripting language.

The Cocos2d-X team has even released a completely Javascript-based version of Cocos2d called Cocos2D JS that combines Cocos2D-HTML5 for browsers and Cocos2D-X with Javscript bindings for mobile and desktop.

Q: How current is Cocos2d-X?

Since 2012, the Cocos2d family has been released in a coordinated fashion. Cocos2d X, Cocos2d iPhone and Cocos2d JS/HTML5 are all released simultaneously.

Thanks to a recent contribution from Microsoft, Cocos2d X now supports Windows Phone.

Q: How much platform-specific code?

You might be wondering how much platform-specific code has to be written for your game to deploy to many different platforms.

The answer is that every platform has their own project files and their own main function or app launching code. Once you get past that little bit, you're in pure Cocos2d-X C++ land, where all your game code is exactly the same.

What about in-app purchases and Game Center? Well, the answer is that those things are platform-specific.

In the case of Game Center, it's easy enough to replace it with something portable like Google Play game services.

When it comes to in-app purchases, you can either go with Soomla or program store-specific in-app purchasing for the Apple App Store, Google Play and Amazon App Store individually.

What about the fragmentation amongst Android devices? With so many screen resolutions and ratios, how does one write a single game code base that handles all those devices?

Combine that magic with some flexible positioning of art resources on the screen based on the dimensions of the current display, and you've got a single code base that plays well and looks crisp on any device.

It's important to gather data on how your game is being played, so how do you do that in a cross-platform way?

Well, there's a Flurry plugin or this C++ Flurry Analytics wrapper. So you can start gaining insight into how your players are engaging with your game.

So there you have it. An overview of Cocos2d-X: one of the best, free, cross-platform game engines around. It's portable and it's got everything you need to start rapidly developing multi-platform games and apps.